When Thorvaldsen was appointed Professor of Sculpture at the Academy of Fine Arts in Copenhagen in 1805, he was simultaneously awarded free faculty housing in Charlottenborg Palace. Thorvaldsen’s professorial apartment, which looked out upon what was then Copenhagen’s Botanical Garden, remained available to him for 39 years. It thereby functioned as a standing invitation for the sculptor to return to Denmark from Rome where he maintained the desire to live and work. It was only during his stay in Denmark in 1819-1820, and after his return to his homeland in 1838, that Thorvaldsen actually took up residence in Charlottenborg Palace.

This article provides a list of the other artists and professors residing in the Academy of Fine Arts’ faculty housing in Charlottenborg Palace between 1754 and 1883. Most of these residents knew Thorvaldsen quite well, and kept him informed about developments in Copenhagen’s artistic milieu.

The list of residents of Charlottenborg Palace presented below has been compiled chiefly on the basis of a floor plan of Charlottenborg Palace that specifies the locations of the tile stoves in the building’s various faculty apartments and classrooms. Although this floor plan is undated and its draftsman unknown, it is useful in the present context because it makes it possible to determine the specific residences of nine named personages:

The floor plan’s synchronic sample of the Charlottenborg Palace residencies at one particular point in time also makes it possible to establish their diachronic history—that is, to determine which visiting artists or Academy professors moved in or out of the Palace before or after the nine named above—simply because many such moves are discussed in detail in certain letters preserved in the Archives.

The floor plan has been published here with permission from the Danish National Art Library, and serves—here as in both Smidt, op. cit., and Zahle, op. cit.—as a benchmark for determining the physical locations of interior paintings made during the period (see below).

The floor plan of Charlottenborg Palace labels each of the building’s many rooms, apartments, and classrooms by letters or numbers. These labels, which have been preserved in the present article, are as follows: 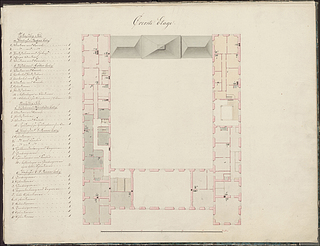 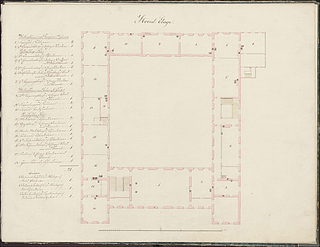 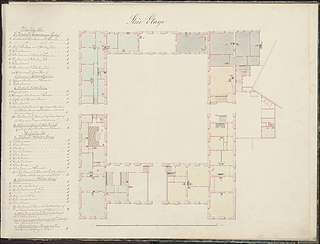 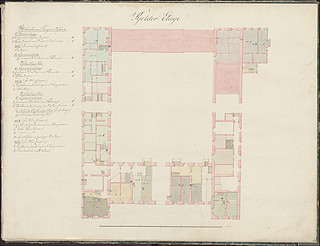 Dating and possible origins of the floor plan

By examining the information available about the nine persons listed on the floor plan as residing in Charlottenborg Palace, it is possible to date the floor plan to the period from 1846 until no later than February 9, 1849. This is because:

The floor plan was presumably drafted by either Christian Hornbech or G. F. Hetsch, the two architects resident in Charlottenborg during the period in question. It seems plausible that the commission for mapping the Palace’s internal heating system would have gone to one of these two residents, as both were closely familiar with the building.

Hetsch was a profilic architect who collaborated with C. F. Hansen, among others, on the design and construction of Christiansborg Palace. Hornbech, meanwhile, earned his keep primarily as a renovator and inspector of previously existing buildings. As Royal Building Master, Hornbech also bore responsibility for Charlottenborg Palace, and so it seems overwhelmingly likely that it was Hornbech who drafted this floor plan, which specifies the types and locations of tile stoves in the palace.

The floor plan can thus be assigned the following date and attribution:

Persons resident in Charlottenborg Palace between 1754 and 1883

Ditlev Martens, The Antique Room at the Academy of Fine Arts, Copenhagen, 1824, B259. 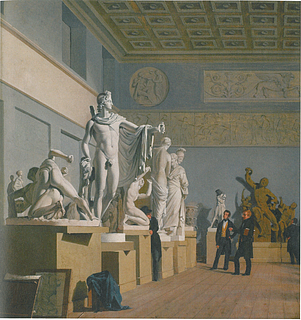 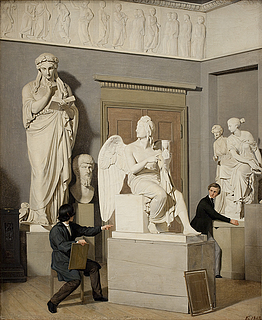 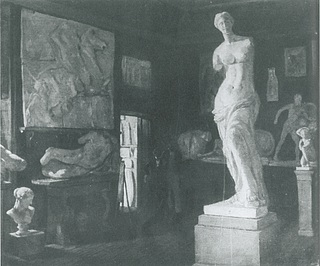 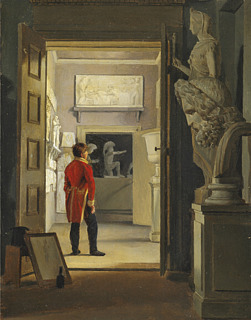 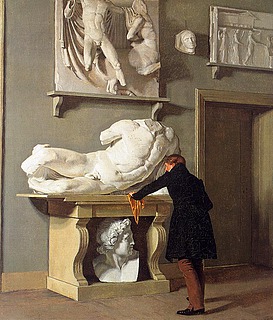 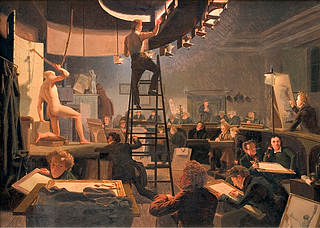 Wilhelm Bendz, The Life Class at the Royal Academy of Fine Arts, 1826, Statens Museum for Kunst, inv. no. KMS54. C. W. Eckersberg, View From the Domed Hall at Charlottenborg Palace in Copenhagen, 1845, Statens Museum for Kunst, inv. no. KKS4742. 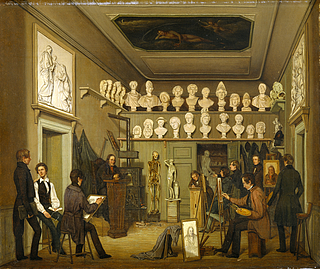 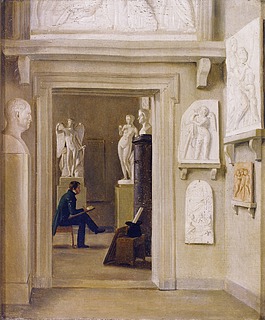 C.W. Eckersberg: Interior from the Artist’s Residence at Charlottenborg. Thorvaldsen’s relief A Genio Lumen, cf. A517, above the door. Ferdinand Richardt, Thorvaldsen in his Studio at the Academy of Fine Arts in Copenhagen, 1840, B285. 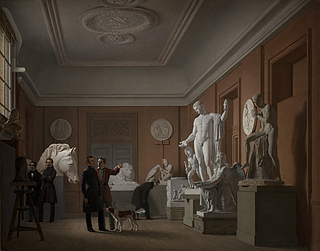 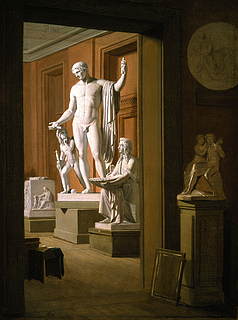 Peter Julius Larsen, Interior from the Academy of Fine Arts, Copenhagen, with Works by Thorvaldsen, 1837, B452. Sh viewed from Si. 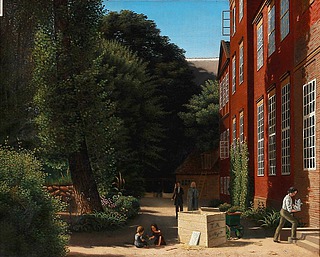 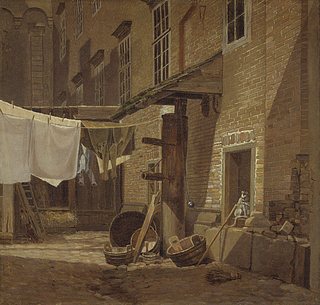 C. W. Eckersberg, View of Charlottenborg and the Gardener’s Lodge of the Botanical Gardens, Seen from the North Side of Nyhavn, 1845, Statens Museum for Kunst, inv. no. KKS7918.