On the Cause of Thorvaldsen's Death

Thorvaldsen died on March 24, 1844, when he collapsed in his seat at the Royal Danish Theatre during the first movement of the Sixth Symphony by the German composer Ferdinand Ries (1784-1838). This movement was played as the overture to the play Griseldis (1834) by the Austrian playwright Friedrich Halms (1806-1871), which had its Danish premiere that evening. 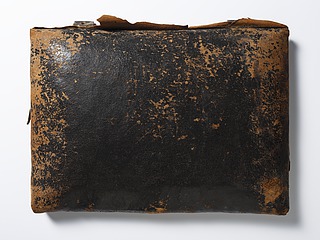 Immediately after the sculptor’s death, a dispute arose over his medical treatment. In his later years, Thorvaldsen had been seen by numerous doctors, and had asked still more for advice. However, two doctors alone played major parts in the posthumous polemic. One of these, Councillor of State Ole Bang, clearly regarded himself as Thorvaldsen’s regular doctor; the other, Johan Peter Jacobsen, was more or less voluntarily forced upon the sculptor by Queen Caroline Amalie. The two doctors disagreed about Thorvaldsen’s treatment, and evidently did not communicate with one another. At one point, Bang even appears to have scolded Thorvaldsen for letting Jacobsen treat him. The disagreements between the two doctors were due to some degree to Thorvaldsen himself, who according to Baroness Stampe did not regard either of them as his regular doctor: “Lord knows why he [Bang] is angry; the one is no more my doctor than the other; I have never let him call himself so …”.

The posthumous polemic concerned a so-called fontanelle, or physician-induced wound, on Thorvaldsen’s tibia (shinbone). At the time, fontanelles were induced in the hope that the removal of liquids and other materials from the wound could alleviate the patient’s suffering, or even heal him entirely. On the day following Thorvaldsen’s death, one of his doctors—Jacobsen—was indirectly accused in the newspaper Fædrelandet of having possibly caused Thorvaldsen’s sudden death by closing up one of his two fontanelles (he had had one on each shin).

On March 25, 1844, Fædrelandet wrote: “As is known, over the course of this winter Thorvaldsen has suffered from a weakness in the legs that commonly afflicts older men. His doctor was Councillor of State Bang, who was also connected to him by strong ties of friendship; but Her Royal Majesty, the Queen, sent him Regimental Surgeon Jacobsen, who was supposed to cure him, and who took a gamble by closing up one of the fontanelles that Thorvaldsen had had on his legs for many years. We are hardly in a position to make any judgment about such a measure, but we know that Bang, at least, has declared it to be extremely disquieting.”

Two days later, in the March 27, 1844 issue of Fædrelandet, Jacobsen responded angrily to this critique. He retorted that both fontanelles were open at the time of the sculptor’s death, as was confirmed by the autopsy conducted on 26.3.1844; cf. Thorvaldsen’s autopsy report. Jacobsen added that Bang would be able to verify his words and dispel the evil rumor. Bang, however, felt no obligation to defend his colleague, and did not add anything in writing afterwards.

Jacobsen’s Fædrelandet piece was followed by a sharply pointed debate in the Ugeskrift for Læger [Weekly Journal for Physicians]. A piece signed only L.U., and presumably written by the doctor Ludvig Uldall, repeated the accusation against Jacobsen: “Denmark has lost Thorvaldsen, not by Nature’s immutable order, but by an experimental gamble by his doctor!” Jacobsen’s inadequate communication with Bang also came in for harsh critique. Indeed, Jacobsen’s supposed lack of collegial regard seems to have been the deepest cause for such criticism.

The cause of death

Nevertheless, it is unlikely that the accusation of malpractice by Jacobsen has any truth to it. Even though the autopsy report does not mention the cause of death directly, the probable cause of death is presumably indicated in the following line: “… the anterior [coronary artery] exhibited numerous atheromatous [i.e., calcified] sections from one inch below its origin to its division. One of these was rather seriously ulcerated, and the atheromatous mass had drained into the arterial cavity.”

According to Dr. Kristian Kofoed, who was consulted on the matter in January 2007, these observations suggest that what actually occurred was the following: A calcium/cholesterol plate in Thorvaldsen’s anterior coronary artery ruptured and poured out its contents, blocking the vessel. This blockage was quickly worsened by the fact that the blood solidified (coagulated) when it met the wound in the vessel wall left by the bursting of the calcium/cholesterol plate. This situation resulted in the entire heart losing its blood supply, which induced cardiac arrest minutes later. Had the blockage been more peripherally located within the anterior coronary artery, it would surely not have resulted in an actual heart attack.
Secher, op. cit., p. 155 and p. 159, and Ravn, op. cit., p. 12, conclude similarly that the Thorvaldsen’s cause of death was coronary thrombosis, i.e., a heart attack, and that Thorvaldsen further suffered from angina (pectoris).
Thiele IV, p. 239, also writes briefly that Thorvaldsen’s death appears to have originated in an organic heart defect, a hardening [of the arteries] that presumably had broken down his otherwise strong body over almost thirty years …” The same is repeated by Wilckens, who cites Thorvaldsen as having repeated a warning that he had received years earlier from an Italian doctor: “The chest will be my death”.

As mentioned, that Thorvaldsen’s death was caused by heart failure is not stated explicitly in Thorvaldsen’s autopsy report, but instead in the (nearly as detailed) summary of it that was already published on March 27, 1844, in Fædrelandet, and on the following day in Berlingske Tidende. The daily newspaper Kjøbenhavnsposten wrote much the same on March 27, 1844: “… the autopsy performed on Thorvaldsen’s corpse must have shown that the most proximate cause of his death was an organic disease of the heart.” Although the medical dispute was not forgotten immediately—see, e.g., Mygind, op. cit. —the rumor of Jacobsen’s possibly fatal treatment of Thorvaldsen was thus quickly dispelled. It should, however, be mentioned that Jacobsen, unlike Bang, did take part in the autopsy of the sculptor’s body.

It is not known with certainty why Thorvaldsen was subjected to an autopsy. Presumably his fame was reason enough; but it is also possible that the decision was made in order to establish or rule out that there was substance to the malpractice accusations.

This affair had a humorous aftermath. In the journal Corsaren, the polemic described above was cited in a satirical paraphrase of Frederik Paludan-Müllers newly-published work Tithon, Et Dramatisk Digt [Tithonus: A Dramatic Poem] (1844). In the fifth and sixth act of Corsaren’s paraphrase, the Trojan prince Tithonus dwells with the goddess Aurora. Though he has drunk a potion of immortality, Tithonus is now tired of life and wishes to die. The play’s final lines run as follows:

“Tithonus: So let a bonafide doctor be called.
Aurora: Here is a competent doctor—the Queen’s own personal physician.
Tithonus (to Head Physician Jacobsen): Can you kill an immortal?
Head Physician Jacobsen: I should be able to manage that. (He closes up two fontanelles on Tithonus’s legs, and Tithonus dies.)
Tithonus: Adieu!”

The following year, in Corsaren’s “Look Back at 1844,” one can read the following: “Thorvaldsen dies—Bang and Jacobsen squabble over who should have the honor of having given Thorvaldsen medicine until he died – ††† –”